If you haven't heard, Adobe Flash is going away. Adobe has announced that it will no longer supported by December 31, 2020.

Starting in July - Chrome Users will get a Warning

Starting in July, Chrome will start warning users that Flash will no longer be supported after December 2020. You should only see this anytime you load up a website that still has Flash.

This will start appearing in Chrome desktop version 76 – which is expected to ship in July.

Many people consider the demise of Adobe Flash started when Steve Job wouldn't allow it to run on any iOS devices.

There's a letter still on apple.com from Steve Jobs on why Apple never supported Flash on any version of iOS ( iPhone, iPods and iPads). Check out the Steve Job's "Thoughts on Flash" letter. 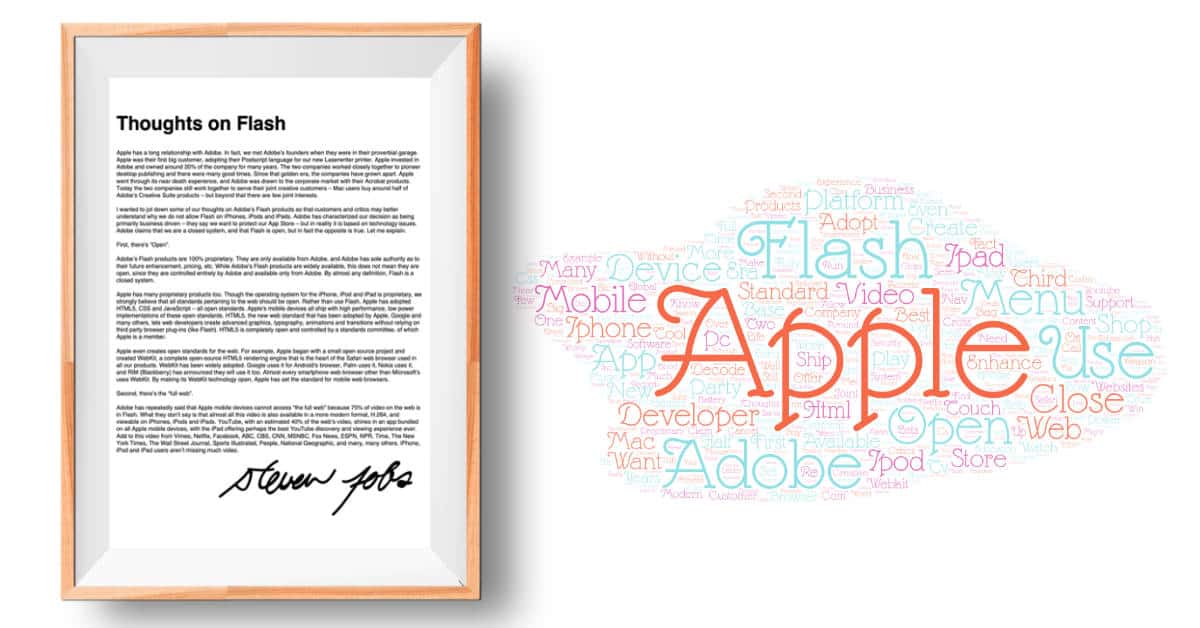 Timeline of the Adobe Flash

July 10, 2015 - Third Zero Day for Flash. Various Technology sites report another major security hole was encountered in Flash. There is no available fix from Adobe. This is the second major Flash bug found in a five-day period.

July 12, 2015 - Firefox started blocking all Flash Content from running automaticlly. Users are able to run flash by clicking on the "Allowed" button.

September, 2015 - Google started blocking non-essential content. Content that is smaller than 300x400 pixels - Websites that ran fully on Flash were not impacted.

December 15, 2016 - Google Started Blocking Flash-based videos and content. Users had to enable Flash once visiting a website for the first time.

There's a good timeline over on chromium.org on Google's actions with Adobe Flash. Check out the Flash Roadmap and learn the history of Flash in Chrome.

Check out the relevant links on the bottom of the page for more interesting links.

Adobe Flash will be removed from all US Government Websites

The US Government has decided to remove Adobe Flash from their websites by the end of July 2019. Senator Ron Wyden has asked government agencies to remove the usage of Flash-based plugins from the websites of the Federal government.