In 1999, I was at the Moscone Center attending the MacWorld Conference. This conference had a lot of attention around the newly announced Power Macintosh G3 (Blue and White).

They had displays of the computer all over the exhibit floor so that people could see the new design and styles.

I took a picture of one of the computers in the Apple Booth: 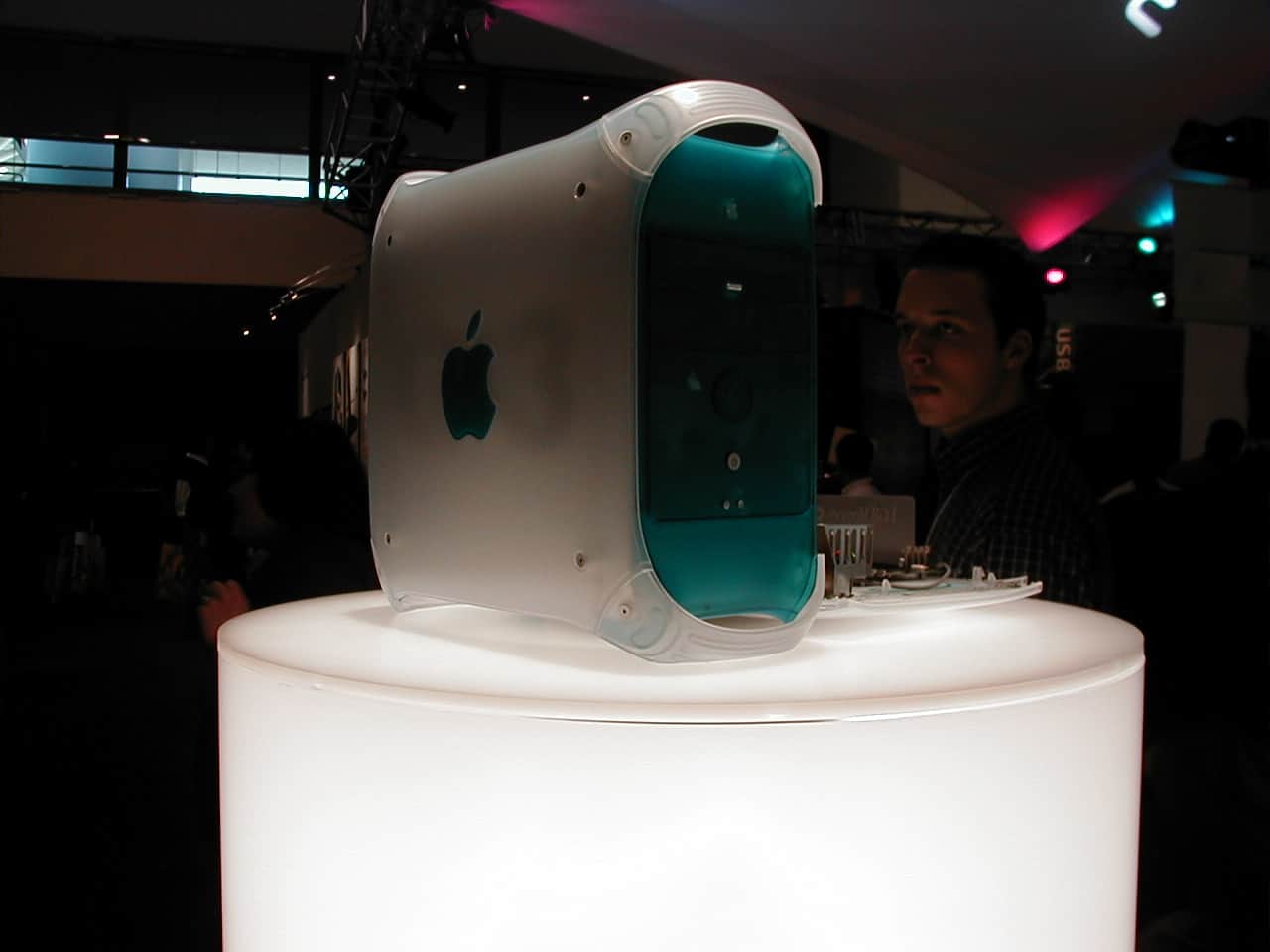 If you look carefully in the picture - there's a guy on the right looking at the computer.

When you look/stare at the computer the guy appears to be staring at you!

I tried touching up the photo so the guy is a bit easier to see, but the effect goes away.

Filed under the "Misc" category.