Using some of the phrases from WordStream: 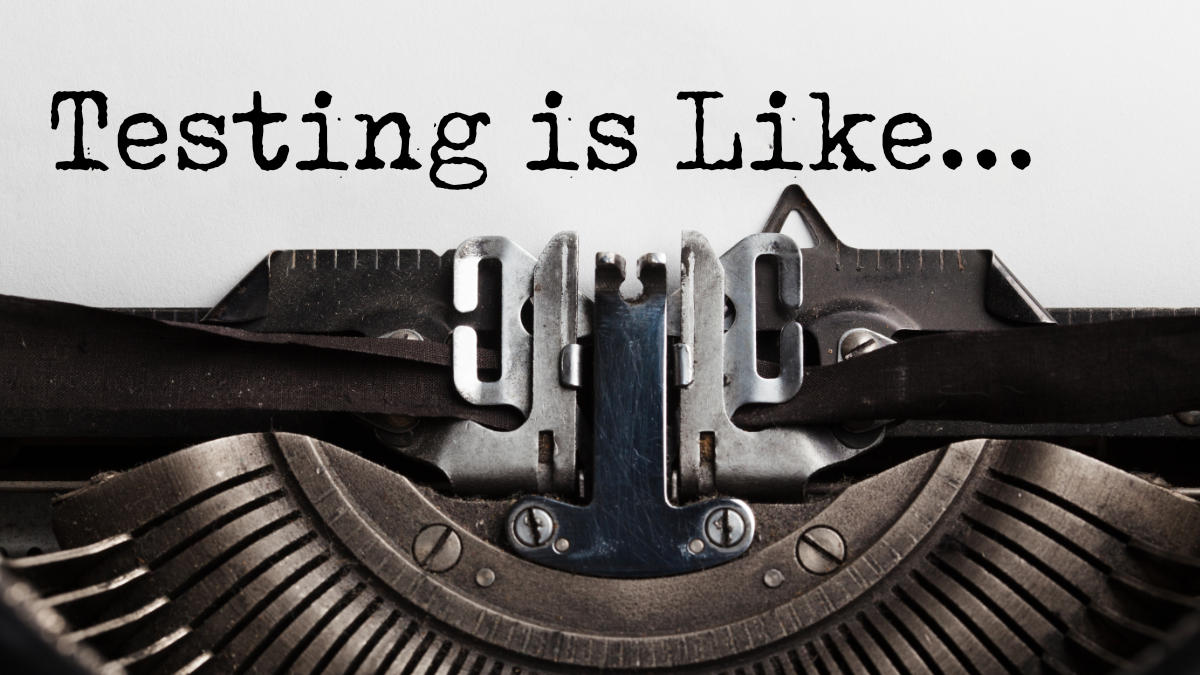 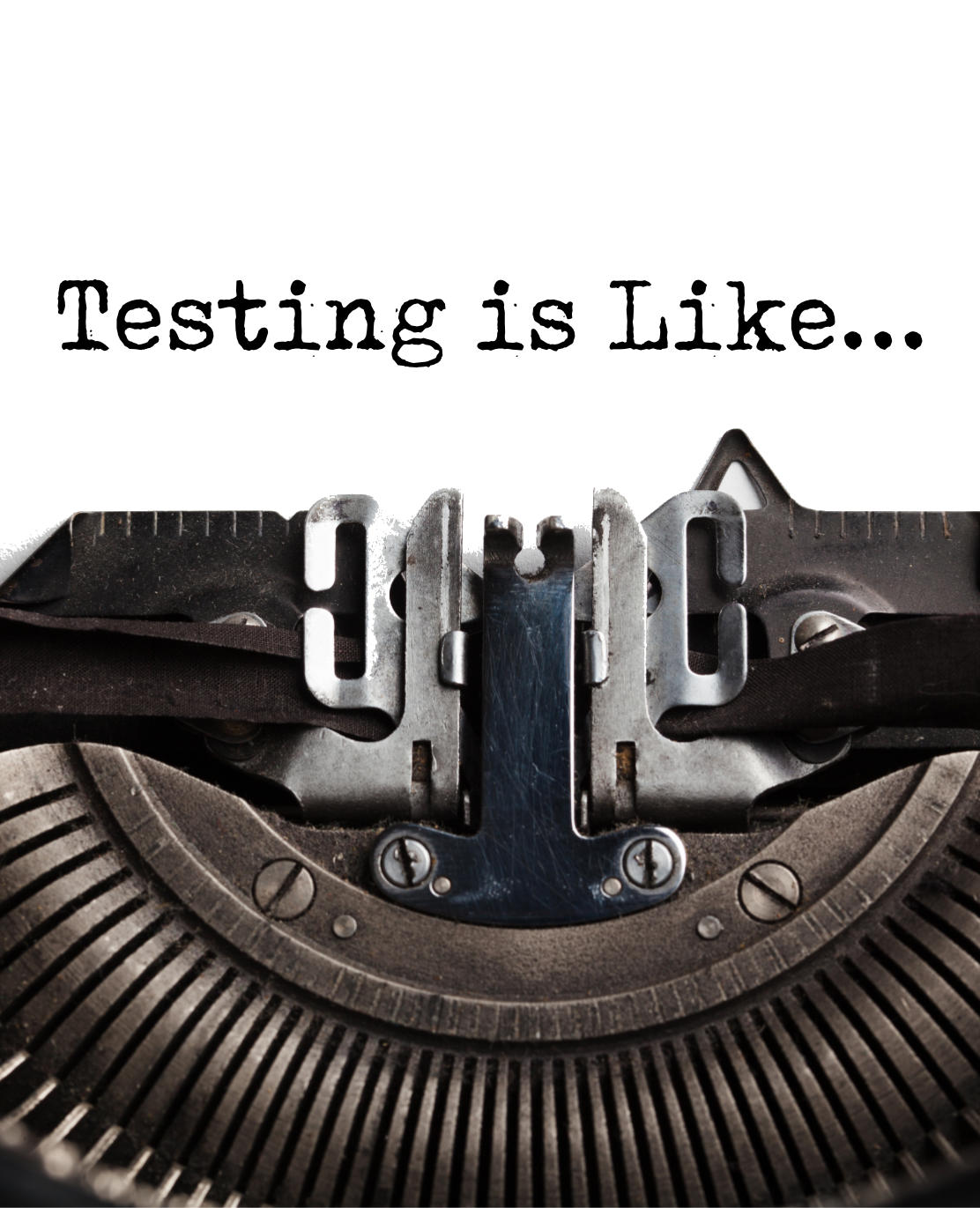 Testing is like herding cats. Cats are fiendishly complicated to manage, they eat when they want, sleep when they want, come and go as they please. A cat is going to do what it wants when it wants and there's precious little you can do to change that. QA Testing isn't entirely like that, but it's close.

Weekly Release Testing is like World of Warcraft because getting to green, and staying there, is testing hand-to-hand combat that never ends. The closer you get to the release day, the more cunning and more ferocious the feature testing you must face, and defeat. Release Day is a battlefield littered with the corpses of features that weren't up to the challenge.

Regression testing is like bacon: Everyone loves it. Some people try to say they hate it. That just means they love it even more.

Testing is like a can of Campbell's vegetable beef soup. If you can, think of the juice as the product features; you need the juice to make soup, and you need the features for testing. The vegetables are like testing best practices. The meat is like gray-hat testing. Last you have sodium which is about 85% of our daily value and it's not really that good for us. But it's also what keeps the soup fresh, and that freshness is why I get to keep eating my cans of soup. Similarly, there is a ton of code in the codebase today, but about 25% of the code created is not used on a daily bases. But that code is fresh, and to the end-users, that freshness is just as important as any other code.