Congrats to Joe Biden for being the next President of the United States.

I had some other content set to post today, but Biden getting the official word that he won the Presidency certainly cannot be overlooked

Here's a couple logos I found in some emails that I have gotten over the past year. 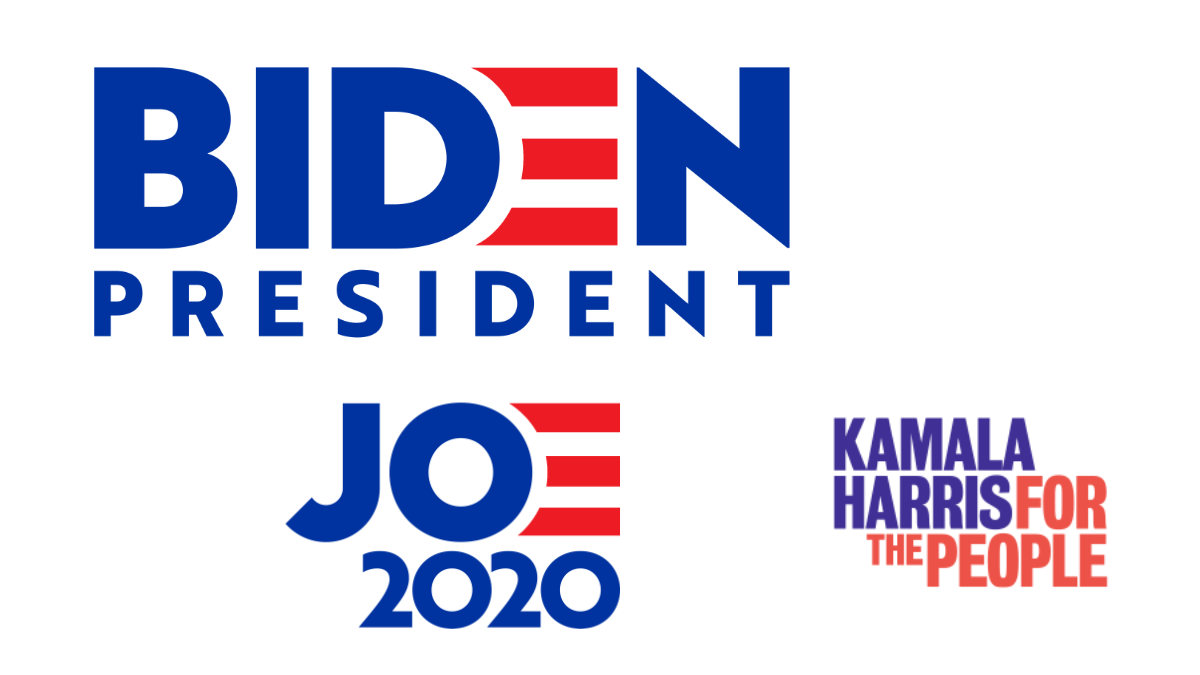 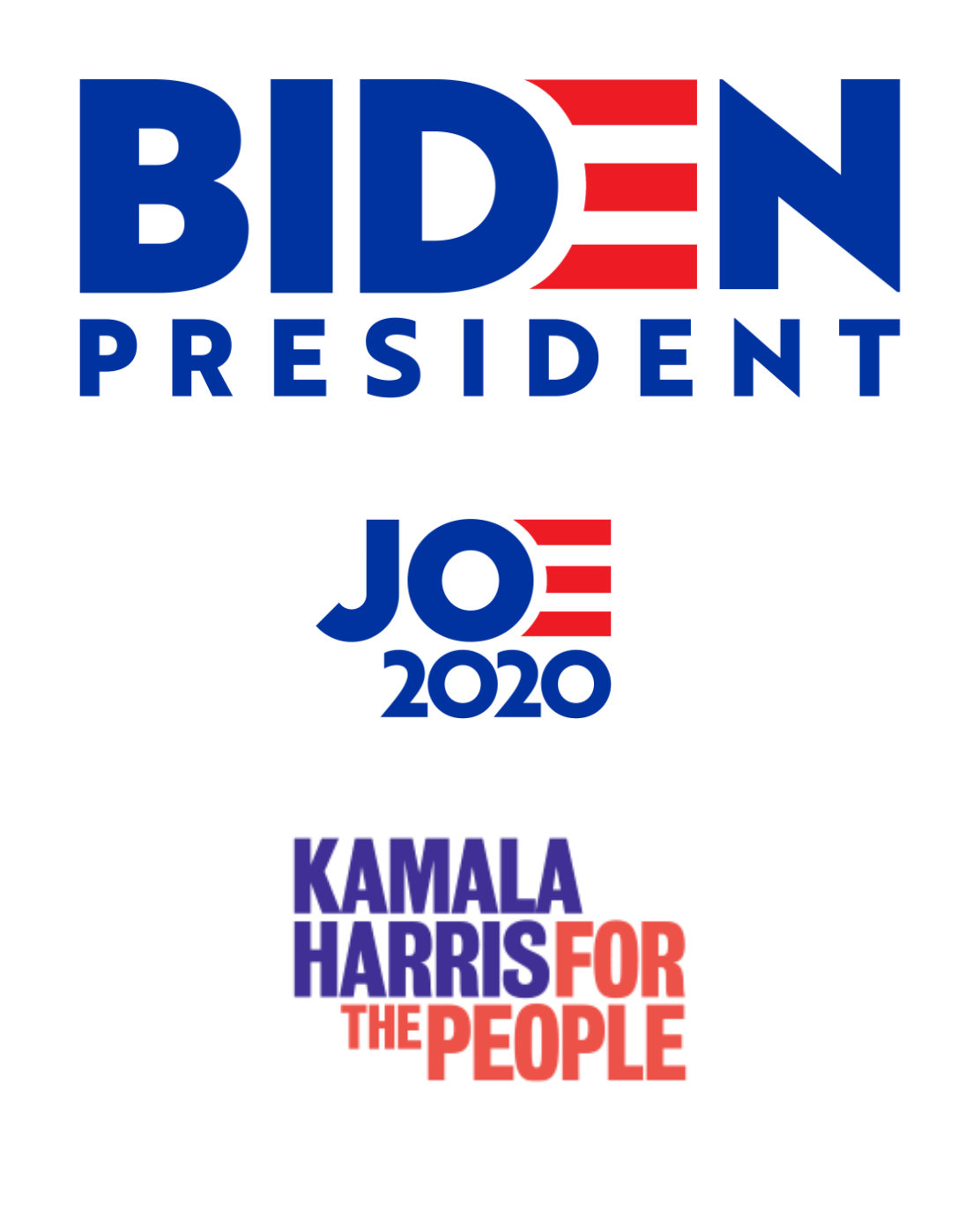 I have been getting emails from him since he started running back in April 27, 2019. Most of the emails have been for fundraising. Every once in awhile it would be for some attack on Trump tweet.

This is an email that I got from Kamala Harris, on the day that Joe Biden put his hat in the ring: 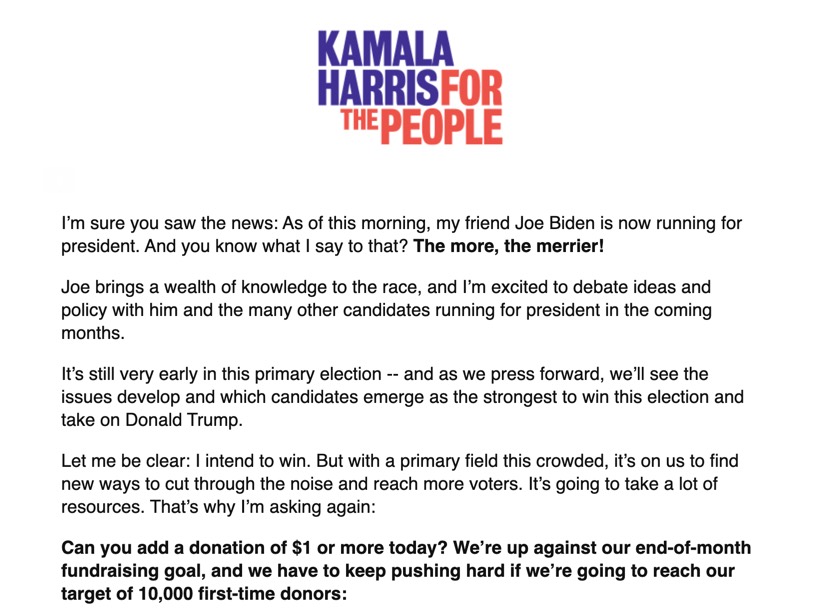 The recent election has shown that the nation is truly divided. It's going to take a lot to get the country back together again.

Some people think that Joe will put some Republicans in his cabinet - such as Charlie Baker, the current Massachusetts Governor who has a very high popularity rating.

Filed under the "Political" category.