One of the things I have learned is that using Normalize is not the best way to fix audio that might be too soft. Normalize is available in audio applications like Fission and Audacity.

The problem is that if your audio clip has one large pop, then Normalize won't work.

Apple's Logic has a powerful way to balance the audio and that's something called: Adaptive Limiter. Apple included the functionality in Final Cut Pro 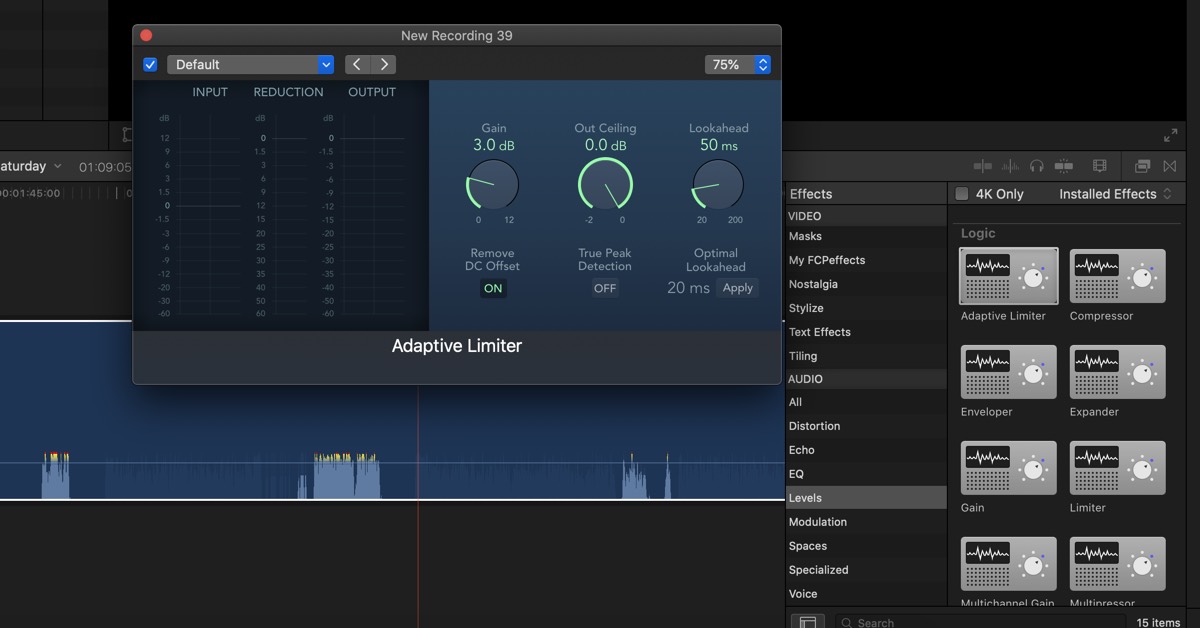 Adaptive Limiter is a versatile tool for controlling the perceived loudness of sounds. It works by rounding and smoothing peaks in the signal, producing an effect similar to an analog amplifier being driven hard. Like an amplifier, it can slightly color the sound of the signal. You can use Adaptive Limiter to achieve maximum gain without introducing unwanted distortion and clipping, which can occur when the signal exceeds 0 dBFS.

This can be found in the Effects section, check for Audio then Levels.

Simply drag and drop Adaptive Limiter to the audio that you wish to enhance and the audio will be enhanced.

If you want to make further Adaptive Limiter adjustments on the clip, go to the audio section of the clip, scroll down and look for Effects. You should see the Effects section.

You can make whatever adjustments you want, I would recommend maling slow adjustments and test the clip peaks and valleys.

There is an Advance Effect Editor UI for those audio pros. This is a powerful audio tool to play around with.

At the End of The Day

Using applications like Fission and Audacity is great for simple audio files. The audio functionality in Final Cut Pro is pretty powerful. There are a lot of audio effects built - 109 to be exact.

You shouldn't have to use a third party to fix audio issues. In most cases, it can be professionally cleaned in Final Cut Pro.