Battlefield Display on the Crown - Is this the famous battle at the Old North Bridge?

Battlefield Display on the Crown

One of the popular shows on Netflix is The Crown. It has gotten a huge following. People can’t wait until the series returns next year.

If you have watched the series, did you notice an interesting display in season 2 episode 6: 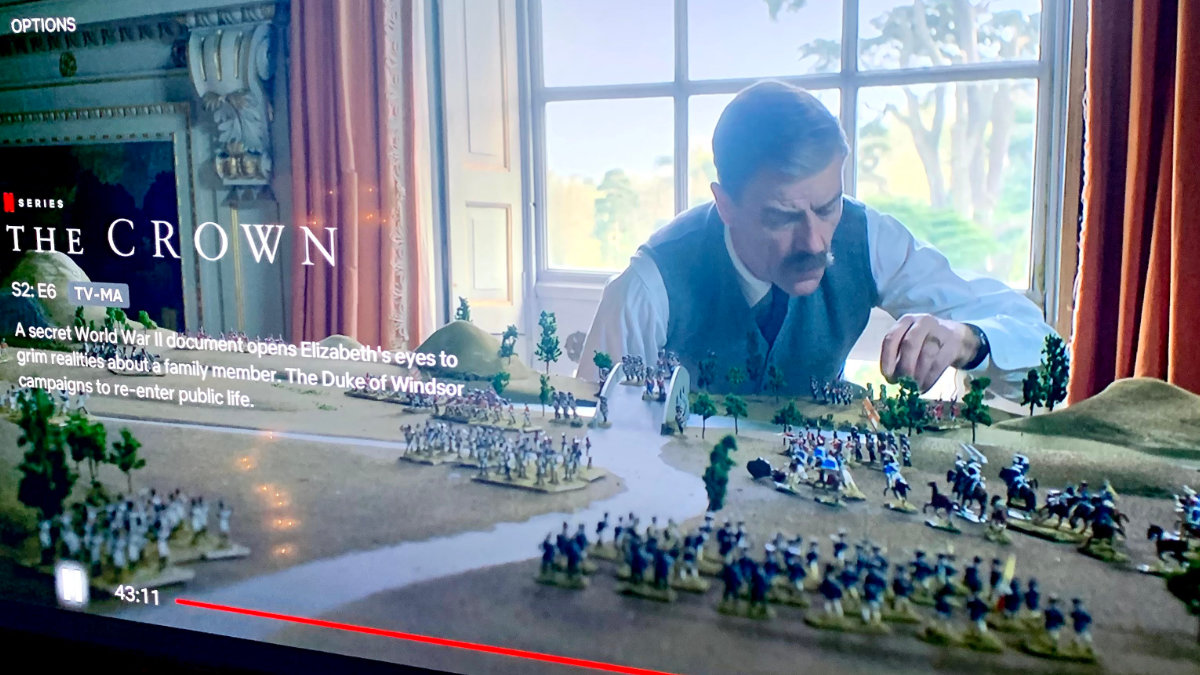 Screen Shot of the battlefield display in The Crown

Old North Bridge in the Crown?

If this display showing the battle at the Old North Bridge in Concord, Massachusetts during the Revolutionary War on April 19, 1775?

How many other British battles featured a bridge as part of the battlefield?

When I posted this in a Facebook group of people that "Lived in Concord Massachusetts," many people didn't think about the Battle of Concord when they saw this scene.

One user, Terri commented: It’s the battle of Salamanca - Duke of Wellington.

Indeed, the battle of Salamanca was about Wellington's order which took a force of 7,000 men to destroy the bridge at Almaraz. (Learn more on Wikipedia)

The Spanish village Arapiles, Castile and Leon is very small and has no monument to the event on July 22, 1812. This is very different than the Town of Concord, which highlights the bridge contribution to the founding of the United States.

The only mention of the famous battle is a sign in the center of town, which can been seen on Google Maps. The Spanish called the battle Les Arapiles.

Should Have Been Concord

I still think it should have been the famous battle in Concord, Massachusetts.

Filed under the "Travel" category.