Was the Moon Landing Fake? 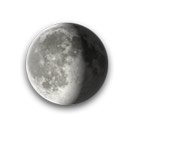 In view of everything else we've learned about the regime masquerading as the U.S. government in recent years, the following information ought not to surprise us. Absolute evidence that the Space program is loaded with fraud has been uncovered by Bill Kaysing and R. Rene. Kaysing worked for Rocketdyne from 1957 to 1963. His highly researched book was published by Eden Press in 1976.

Another brilliant writer who has taken up the subject of Space scams is R. Rene of 31 Burgess Place, #2, Passaic, NJ 07055. His 1992 NASA MOONED AMERICA! is eight and a half by eleven inchs, 186 pages, and includes large color prints of three official NASA photographs allegedly taken on the Moon. (Yikes cost $44.99 on Amazon!) The magnificent book is available for $25 including priority shipment by USPS.

I am not financially connected to either gentleman, however, both are my correspondence friends. Their important work at unmasking one of the five biggest scams ever foisted on the taxpayer deserves to be widely known. Before you read a summarized list of some of the evidence exhibits, consider the following:

On March 27, 1997 at 4:10 a.m. CST, one of the rarest photos ever seen was broadcast for at least ten seconds on the CNN television network. The story concerned problems with the Hubble Space Telescope. The photo shown was of Hubble about a hundred yards away. The unique thing about this picture was that it also included numerous bright stars in Space, thus contradicting NASA's biggest lie: "Stars cannot be photographed in Space".

Almost every photo or film supposedly taken while the astro-nots were on the Moon or taken from the Space Shuttles presents a pitch black sky without a single star! Why would the government fake the six missions to the Moon? Their intentions may well have been good in the early stages of the Space program, but all of this changed dramatically once lunar probes revealed that instead of 17% gravity, the Moon actually has 64% of Earth gravity.

Distance to the Moon Questioned

Prior to 1967 NASA pronounced the gravitational neutral point between the Earth and the Moon as being just 23,900 miles from the Moon. From 1967 onward, however, they started giving the figure as 43,495 miles. The logistics nightmare of this enormously increased lunar gravity in terms of revised fuel requirements meant, for example, that the weight of the Lunar Module would had to have been increased by a factor of more than seven.

The choice was clear: suffer a big reduction in Congressional funding and national prestige or fake it. Only a small number of key people needed to be aware of the real result of the Apollo Project, as depicted in the movie Capricorn One wherein a fake trip to Mars was portrayed to the unsuspecting taxpayers. The significant money spent was building a rocket of sufficient strength to climb out of sight and into a partial sub-orbit. It is unclear where the large majority of the money went.

TruTV 'Adam Ruins Everything' tries to debunk some of the questions, but not all items were addresses:

The Rest of the Story...

This article will conclude with the two paragraph introduction of a nearly 500 page report submitted to Congress by North American Aviation worker, Thomas Ronald Baron.

"It has often been said that 'People must do what they think is right'. In many cases this has been a costly quotation to follow, but it is probably one of the very few ways we have of advancing ourselves as a nation. There are too many opportunities for organizations to live off of the taxpayer. It always seems that the more tax monies that can be had, the more this money that is wasted. There is no question in my mind that there is gross mismanagement in relation to manhours and proper control of materials, and to the treatment of people. In my opinion, North American Aviation has had the funds to correctly administer a Space Program without compromising the safety of its employees, the astronauts, or the objectives of the Project itself.

North American Aviation has NOT, in many ways, met their contractual obligations to the United States Government or to the taxpayer. I do not have all the information that I need to prove all that is in this report. I just hope someone with the proper authority will use this information as a basis to conduct a proper investigation. Someone had to make known to the public and the government what infractions are taking place. I am attempting to do that, someone else will have to try to correct the infractions.""
-Thomas R. Baron

My thanks to Bill Kaysing for including much of Baron's Report in Kaysing's pioneering book: We Never Went to the Moon! $20 from Holy Terra Books, P.O. Box 832, Soquel, CA 95073 This final note is extacted from Kaysing's book: "Author's Note: This report was submitted to a Congressional investigating committee in April 1967, having been compiled the preious year by Baron. He was found dead in his car at a railway crossing only a few days after submitting his report."

At one stage I was fansinated by Nostradamus. Recently I took a meaning out of one of his quatrains that I believe to be my own. In 9-65 he says:

* "He (referring to mankind and the American Astronauts) will come to travel to the corner of the Lunar (the Moon) where he will then be captured and put into a strange land.. Many people believe this to be the moon again (or space), but I think it refers to television. He will be captured on film and put into strange lands, meaning TV which was still a reasonably new invention. The unripe fruits (assets which take time to develop before reaching maturity, a reference to the space race) to be the subjects of great scandal (This could refer to the individual cock ups of missions such as Apollo One or 13, but I think it's a reference to the Fake Moon Landings). Great blame (whoever is covering up the Fake Landings, whether it is the US Government or something deeper.), to one great praise (referring to the praise that the US received for landing men on the moon, or to the astronauts themselves).

It is interesting to note that Nostrodamus used the phrase 'the Eagles' as an allusion to the USA in several quatrains, and by coincidence, the American lunar landing craft happened to be named 'the Eagle'. Copernicus was the original mapper of the Moon, thus the twisted phrase 'the corner of Lunar' may be a reference to Copernicus. It just so happens that the lunar landing craft landed near a rather large moon crater named 'Copernicus' !

United States Constitution: Read directions before losing! The most important word in our almost gone Constitution is "INFRINGED" from the phrase: "...the right to keep and bear arms shall not be infringed". Citizen weaponry is absolutely vital to securing and maintaining freedom.