In the early days of the United States Civil War, President Abraham Lincoln requested volunteer forces to help put down the impending insurrection. On April 15, 1861, the Sixth Massachusetts Regiment answered that call by sending several groups from various towns around Metro Boston. A total of 64 men reported for duty.

Their task was to go to Washington DC, via Railroad, and protect the National Capital.

On April 19th, 1861, they arrived in Baltimore where they encountered supporters for the Confederacy. The crowds got bigger as people learned of the troop's arrival.

As they were marching through the town the crowd became restless and started throwing bricks and stones at the troops. At one point someone in the crowd fired on the troops. The troops returned fire. A riot then occured.

Private Luther Ladd, from Lowell, was hit in the head by a piece of scrap iron. Someone stole his musket and shot him in the leg. He died on Pratt Street - becoming the first person to die in the Civil War.

One of those that was injured was George Stevens who was hit in the head by a brick. His troop took him to a Washington hospital but he wasn't able to recover from his injury. He was sent back to his hometown - Framingham.

On August 29, 1861, he died because of the injuries sustained in Baltimore. He is buried in the Church Hill Cemetery in Framingham Massachusetts. 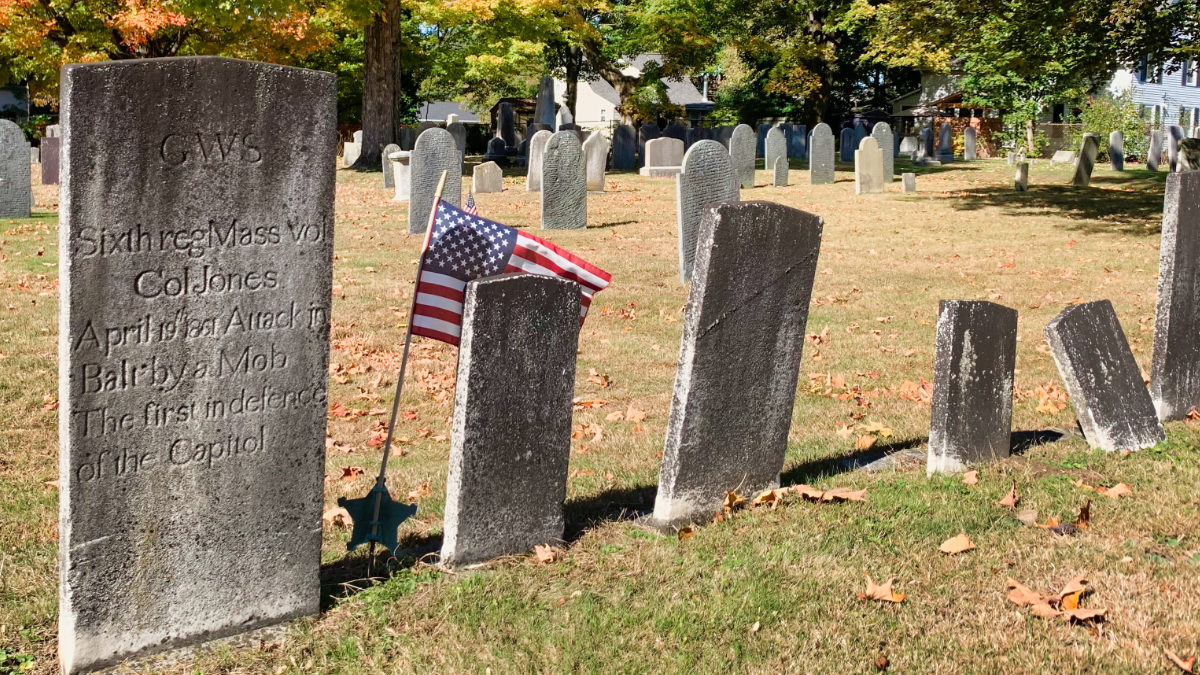 His gravestone makes mention of the Baltimore Riots.

Grand Army of the Republic

George Stevens is a honorary member of the Grand Army of the Republic and has a star next to his gravestone.

Those that died at in Baltimore are remembered at a memorial in front of Lowell City Hall, where three of the soldiers are now buried.