One of the youngest victims in the 2013 Boston's Marathon bombing was 8-year old Martin Richards. In 2019, a special children's playgound opened as a special tribute to him. 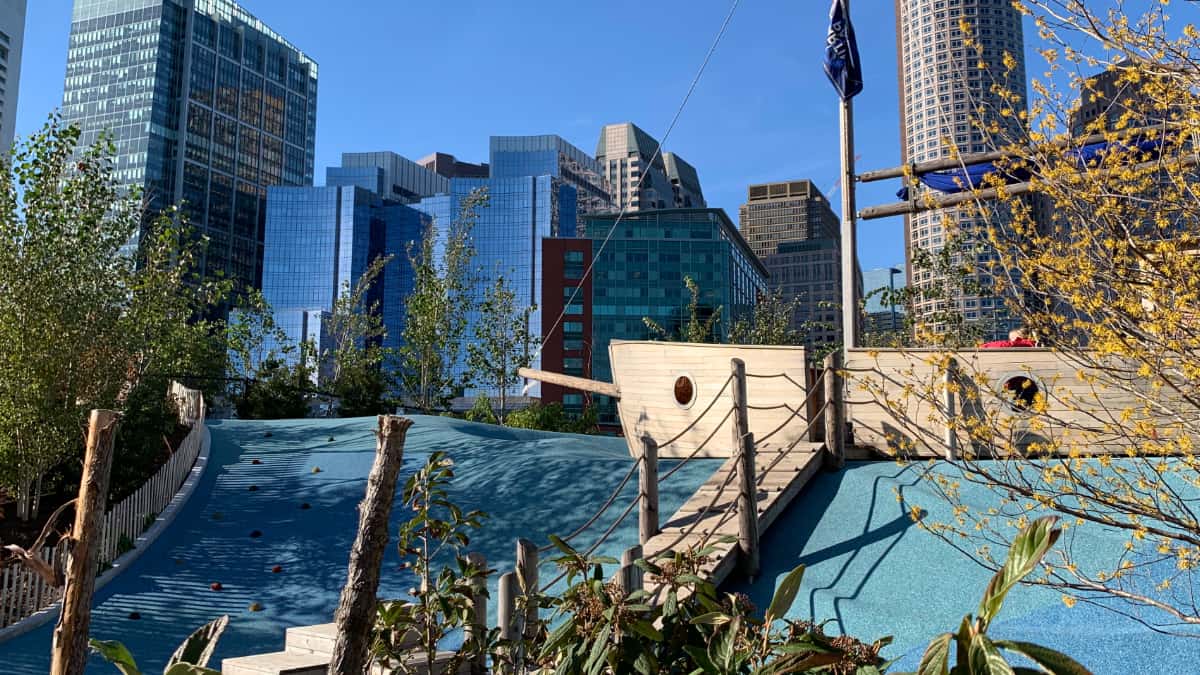 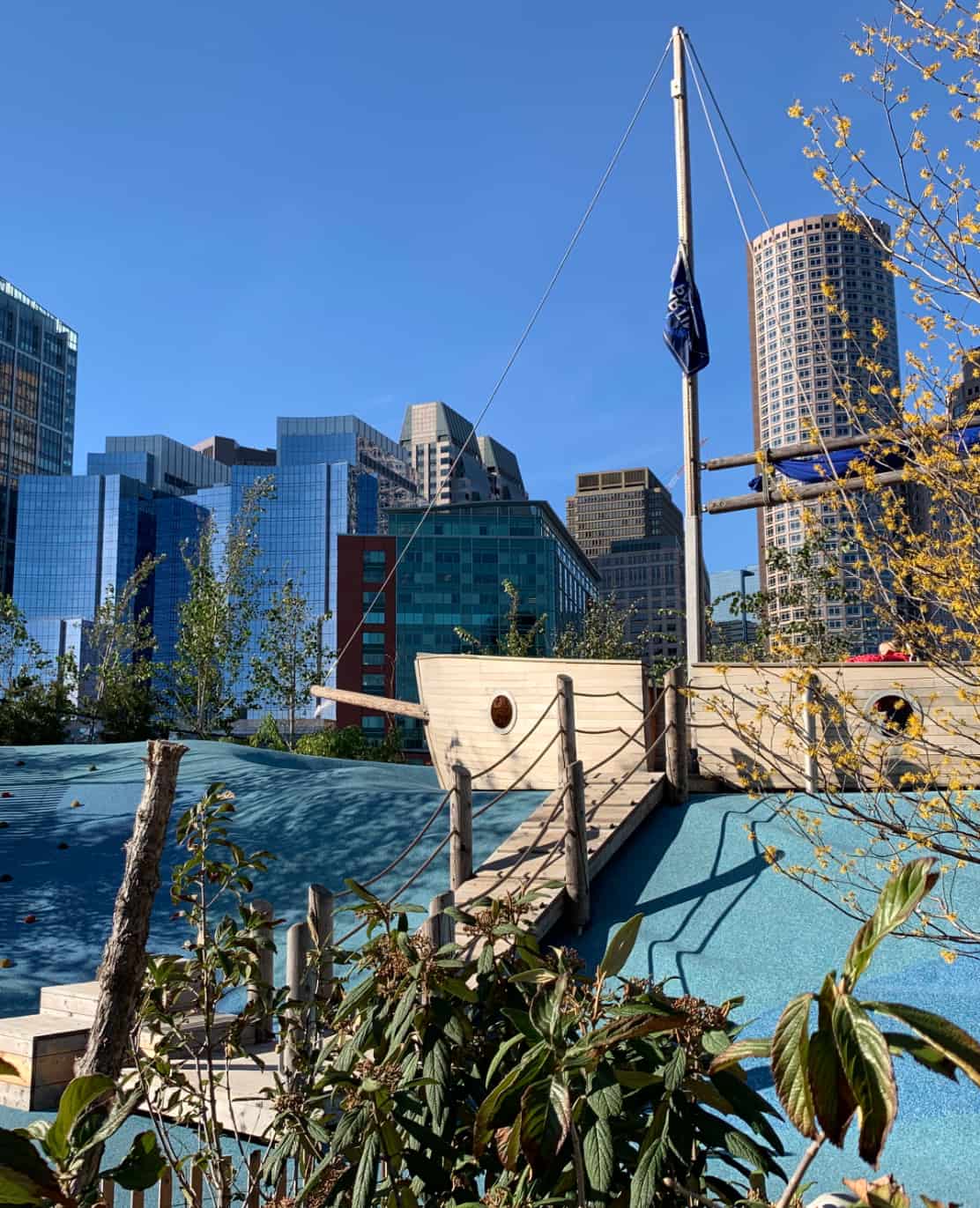 The park cost $13 million to plan and build. Most of the money came from private donations. The city did contribute some funds but it was a "standard" contribution.

The park is about one acre.

There is a stone leftover from the Boston Public Library renovation.

Juliana spending an hour at the park on a cold November day. She enjoyed the different playareas and how open it was.

Located at 64 Sleeper Street on the South Boston waterfront, just steps away from the Boston Children's museum.