Mobile Apps and the Pandemic

How The Mobile App Development Industry Remained Resilient During the Pandemic

The Covid-19 pandemic changed the lives of many around the globe in an instant. The speed of spread and exponential mutation made the outbreak impossible to predict and governments and health organizations didn't have time to adapt. Some companies wound up in bankruptcy while others let some staff go to stay afloat. Many others resorted to remote work and relied on digitization to keep their companies running. However, the mobile app development industry remained resilient during the peak of the pandemic. How did it happen? 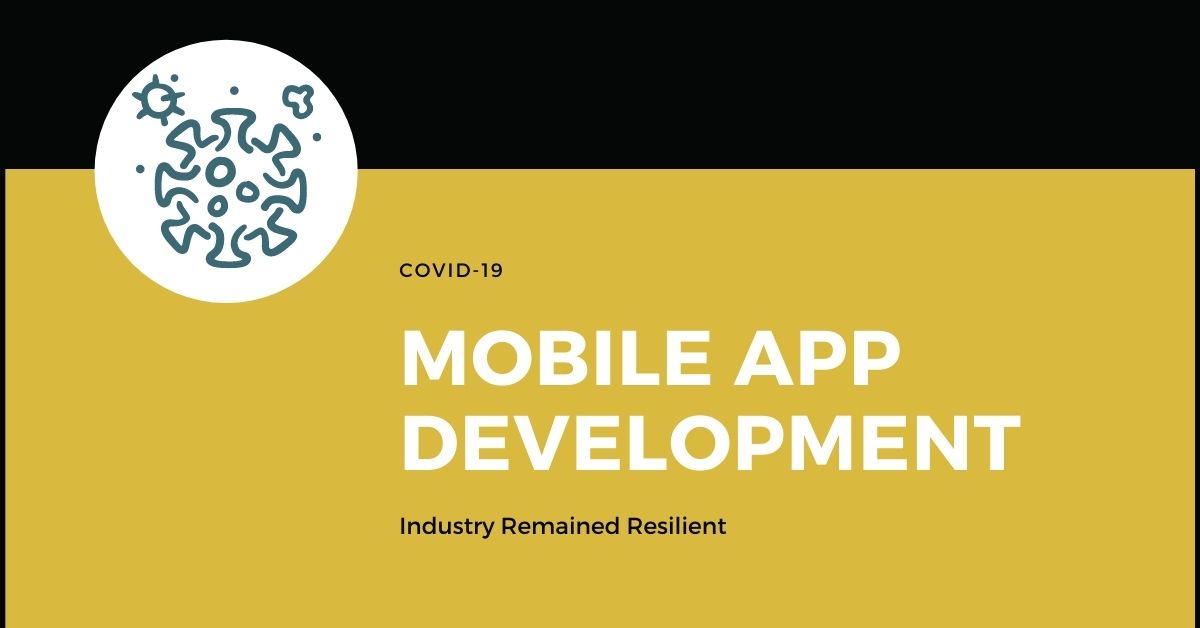 To cope with the disruption Covid-19 caused, individuals, companies, organizations, and the government moved to digital platforms to adhere to social distancing guidelines. Mobile apps took center stage as the number of globally downloaded applications per quarter doubled in five years. This reflects the powerful roles of apps as well as increased smartphone penetration in the market. There was a sharp spike in application downloads in the first and second quarters of 2020.

By 2024, user spending on mobile applications is expected to surpass 171 billion dollars globally. The number is a result of the steady growth of 18 billion annually for the past 5 years. The impact of Covid-19 on spending habits isn't quite clear yet, but it appears that more people are spending money on mobile apps. It doesn't look like it is going to change in the next five to six years. So far, Google Play and Apple's slowest growing regions are estimated to see revenues that surpass their 2019 levels by 2024. In the next five years, different app stores are expected to reach milestones such as hitting $100 billion on user spending.

Mobile App and Web Developers to the Rescue

With a large number of people switching to digital platforms and mobile apps, the demand for app developers grew. They are needed to build platforms for easy communication and more responsive apps since physical offices are closed. E-commerce stores needed apps to get necessities in the easiest ways possible to people stuck indoors. Many countries have engaged these developers to create apps to ease the Covid-19 testing process. There are also fitness apps for others who cannot go to the gym. The apps help them to keep fit until they can resume regular life again.

Video calling apps also became more popular during the lockdown as families and businesses use them to keep in touch with staff. Chatbots also became essential for companies that could no longer take calls in the office. The chatbots act as virtual assistants and try to solve the problem of the customer to decongest the customer care line. Mobile payment gateway apps were also in high demand for stores that were not able to collect payment for services physically.

The mobile app development industry stayed resilient during the pandemic by providing essential services to other businesses and people that needed it most. Aside from creating apps that generate revenue, developers must test the apps before releasing them. Maintaining the app is important as well. Phone manufacturers upgrade their operating systems from time to time, so developers must also maintain apps to ensure that they are up to the current standard requirements of the app store. Obsolete apps are always deleted from app stores.

Some hard-hit companies like the travel industry have benefited from these apps as well. Contact tracing apps and other safety apps were introduced in 2020 to mitigate the effects on the industry. The pandemic heightened the need for systems that allow people to execute any operation remotely. Though the climate has been unpredictable, it is clear that the dependence on mobile apps for communication, commerce, education, entertainment, and shopping will continue to grow.

Mobile apps played a large role during the peak of the pandemic in 2020 by helping individuals to adhere to social distancing guidelines. In some cases, it also helped facilitate contact tracing. The most important role they have played is allowing people to keep in touch with colleagues, friends, and family. The mobile app industry experienced sharp growth due to the increased demand for digitization, and this move makes it a promising industry. If you are interested in mobile app development, you can learn more about how to become a web developer on Computersciencehero.com and Bootcamprankings.com.