Getting Audio from a Mixer to the iPhone

This weekend I was doing some audio work at a local church. I was trying to figure a way to get better audio from the sound system.

In previous weeks, I would record the audio using an old iPhone 5s and the Shure MV88 Portable iOS microphone. I would place the iPhone on top of a speaker that was reachable and record. I used the iPhone's Voice Memo app to record the sound. The audio has been great using this method. The only problem is getting access to the speaker was not always guaranteed. In addition, in some rare cases, the speaker would be off.

So reliability and accessibility was my motive into looking for another solution.

Lucky for me, the church sound system has a "Record Output" jack with a 3.5mm plug. This weekend I experimented by connecting my iPhone 6s Plus to the Record Output jack. I connected using a TRRS audio cable from the "Record Output" wall jack to the iPhone.

Before the services started, I tested the jack to make sure that the iPhone was getting audio, and I was happy to get quality audio. So I set my iPhone and let it record the services.

After the service was over, I went home and checked the audio. I was very disappointed, there was a lot of audio clipping going on. This audio distortion happens because the audio is beyond the maximum amplifier levels for the iPhone. 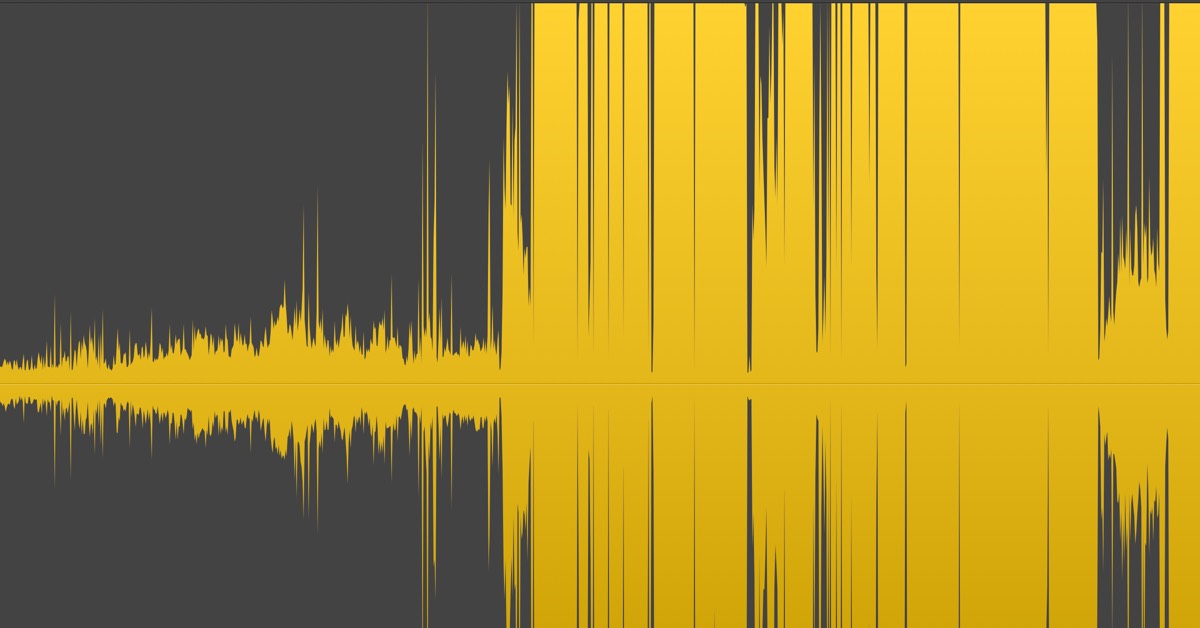 As you can see from the above sound wave, the audio was being clipped for much of the recording.

I am doing some research on how I can fix the audio clipping issue. In my research, I have learned about something called an attenuator.

This may fix my solution. There are some various products on Amazon that may work with my situation. I'll have to experiment to see which one works.

I'll be testing to see if there are any iOS applications that might be able to reduce the audio without compromising the sound. This may not be the best solution, as I am sure that the proper solution would involve hardware.

MOTIC Audio has some microphone gain settings and an Equalizer. The only problem with this is that I am not around when the audio is being recorded. So I would have to guess on the settings and see how it plays out afterward.

In addition, I'll be testing my Samsung Tab A as it might be able to offer a better way to adjust the sound equalization. This is a settings feature that isn't available on an iPhone.

Once I have it figured out, I'll do a followup post to show what solution worked best for my situation.

It's almost been a year since I got my iPhone XS Max. I thought it would be interesting to have a look back on how the iPhone home screen changed from my iPhone 6s Plus: 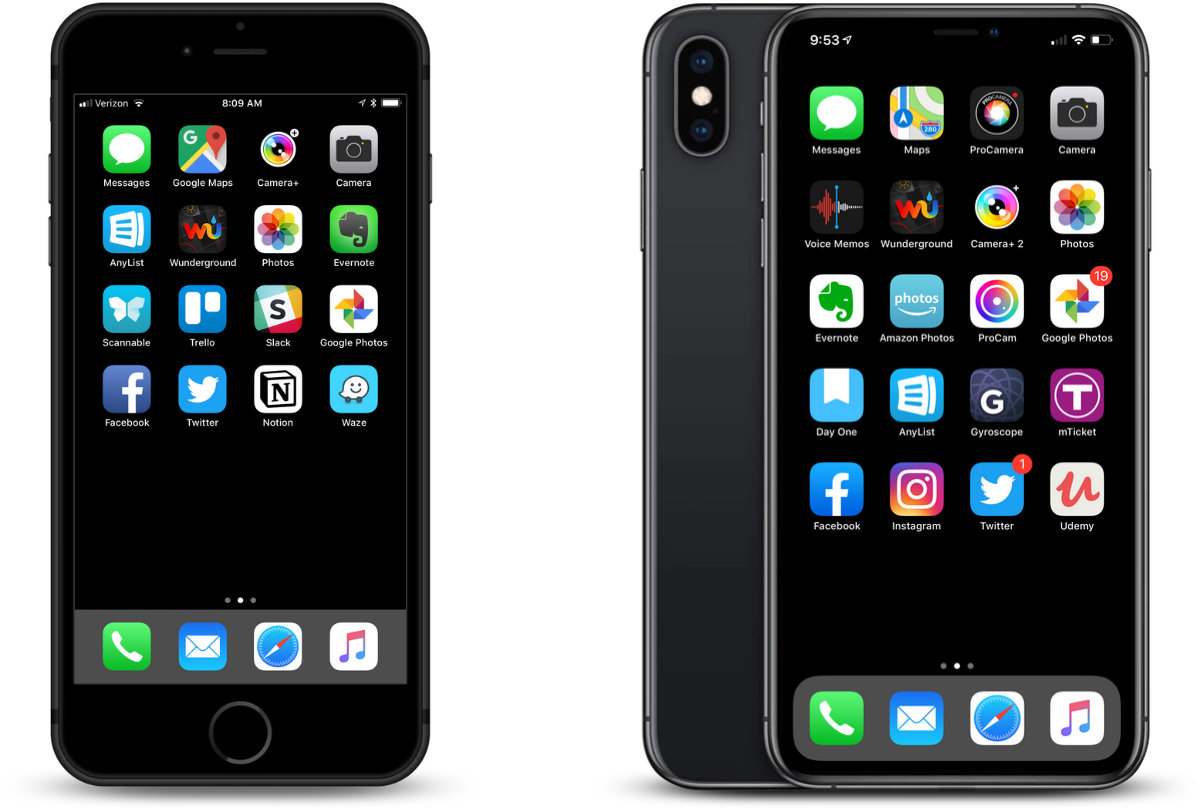 I am now using 5-rows on the iPhone XS Max. Trying to keep the last row empty so the apps don't appear to clutter the home screen.

On the iPhone XS Max, I have several Camera apps, ProCamera, Camera, Camera+ 2, and ProCam. This is because I am doing some investigation for a future blog post. (Interesting note: The 3rd party camera apps appear in the order of popularity.)

Social Media is still important enough to appear on the home screen. Instagram has certainly taken off in the past year.

Voice memos is now on the home screen because I like the quality of recordings from the iPhone XS Max.

I am using Apple Maps instead of Google Maps because Apple Maps seemed to have improved a lot. In addition, Apple Maps will let you know which business accept the ApplePay method.

This weekend I upgraded my phone from the iPhone 6s Plus to the new iPhone Xs. The main reason I upgraded was to take advantage of the better camera.

I took a video holding the two iPhones so that you can see the difference between the iPhone 6s Plus and the iPhone Xs. I used Filmora to put together a side-by-side comparison.

Image Size is the Same

Here's the image specs, of the iPhones that I have used in the past:

Yes, the iPhone Xs has the exact same dimensions as the 6s Plus. The quality of the videos and photos is much better.

Looking for a new Case

My next assignment is a new phone case, but I don't want a "defender" type of case. The Tech 21 Evo Mesh Case didn't really hold up well.

During the month of October, I'll highlight many of the features of the phone and some tips and tricks. This officially means that I'll be retiring the iPhone 6s Plus blog category.

Did you know that iOS has a hidden 'Magnifier' feature? This allows you to see enlarge text and make the smallest size text to be easily readable. In addition, you can take a picture of the item so you don't have to hold the camera steady.

As it says on the screen, "Magnifier lets you use your device's camera to quickly magnify things. When enabled, triple-click the Home button to start Magnifier."

Test this by triple-clicking the round 'Home' button at the bottom of your iPhone and you'll see an interface similar to a camera. Simply move the phone over some hard to read the text and you should be able to read it a bit better. 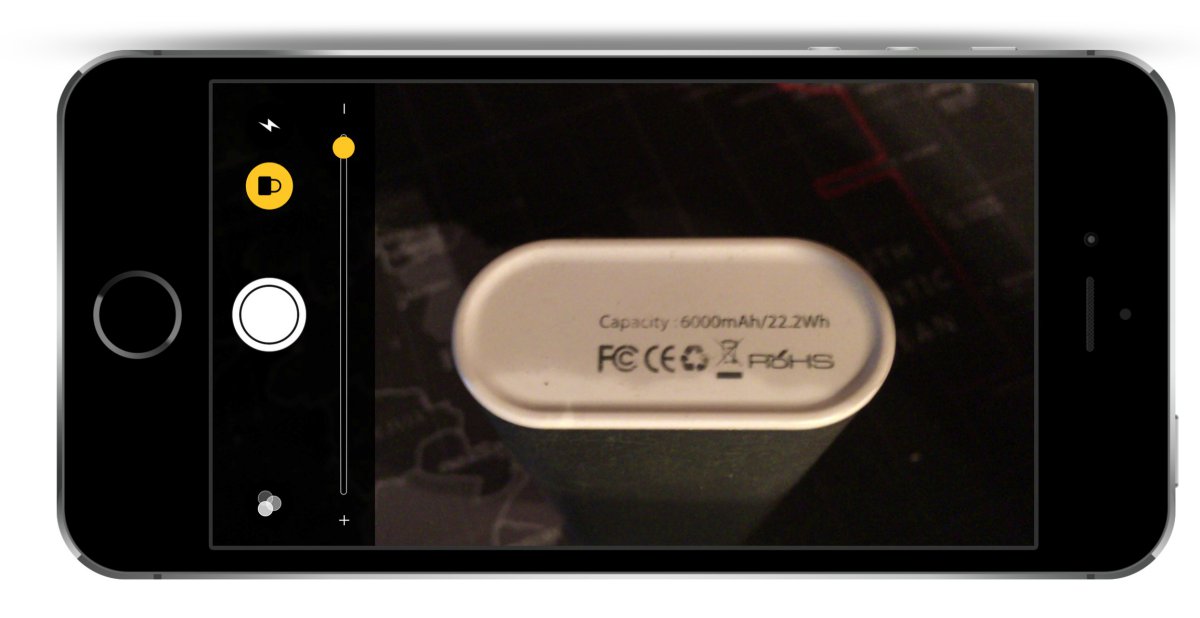 This is a sample screenshot of the bottom of the Jockery USB device. It's much easier to read the Capacity using the iPhone Magnifier.

If you have Camera+, there is a macro mode, that allows similar functionality.

I have found that it's much easier to take pictures using Camera+ than with Magnifier. In addition, using the Magnifier, you can't save the capture. It's a one time snap and it doesn't save. Using Camera+ you can save the capture for other purposes - such as inventory information in Evernote, or if you need to check it again later.

We are heading to Aruba very soon. I thought I do an audit of all the various applications that I have on my phone. The goal is to clean out applications that I am not going to need on the trip so that I'll have enough space for photo and videos that I might be taking.

One of the applications that I like is ProCamera. There's a lot of different settings to help take good photos and videos with the iPhone 6s Plus.

One of the settings allows me to take good quality low light pictures, something that might be useful in Aruba. However, the LowLightPlus in ProCamera is an additional cost - $3.99. Not all that expensive, but the question is, is it really worth the upgrade price?

So, I decided to take the test and check to see how it compares to another application that I found in the App Store - Night Camera by Nico Schroeder. I picked a good night location with very low light and took a picture with the ProCam, ProCamera and Night Camera.

It appears that ProCamera and ProCam is a much better option. I didn't use a tripod, which ProCamera recommends, so the rending might have been better with a tripod. However, the quality of ProCam seems to be just as good.

It was a bit surprising that the Night Camera app didn't perform well in my simple test.

Most likely I'll be using my Olympus XZ-2 iHS camera to take night pictures. It takes much better night pictures than the iPhone 6S Plus.

I decided to check out the options on the iPhone since there appear to be more applications claiming to take quality night photos.

Obviously upgrading to the latest iPhone would help take better night pictures. The hardware certainly will make much more of a difference.

Here?s a look back at how my iPhone 6s Plus home screen looked like last year to this year. 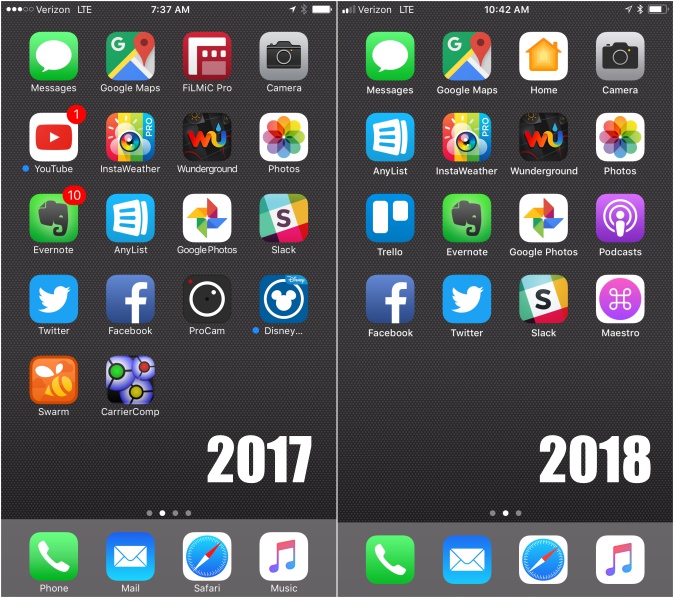 Cool feature of the Tumblr App

Did you know that you can send a custom GIF in a text message?

Thanks to Tumblr, you can now send a short 3 second video clip. This is a cool way to send a quick personal message.

When you install the Tumblr app on your iPhone you'll see a new icon the next time you send a message: 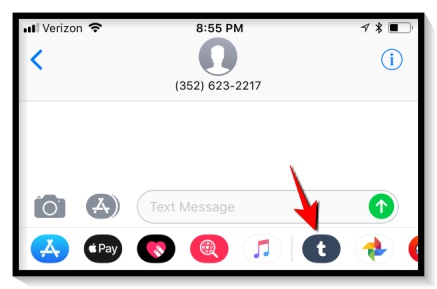 Now you can transform any video or photo burst that you have on your phone into a catching GIF:

Send a GIF from the beach...

How cool is that?

Each message is about 2 MB in size. Keep that in mind - if your paying for text messages. Also, you may want to delete the GIF in your messages, a couple of days later, to prevent the GIF files from using up phone space.

One of the new features of iOS 11 is the ability to have 3rd party identify calls. This is extremely valuable when you get a lot of calls during the day. Are the mystery calls really worth your time?

Using iOS apps, such as Hiya, it easy to identify calls before you answer it. In addition, you also get a tag of missed calls:

Check out Hiya, Truecaller and RoboKiller they all have the same goal - stop robo calls from disrupting your day-to-day life.

If everyone had these applications on their phones and not answered the calls maybe, just maybe these calls will go away.

What do you think? Do you have an App that you like to help identify these calls?

In a few days Apple will be announcing the next generation of iPhones. I purchased the iPhone 6s Plus back in October 2015. This means that I am eligible to get a new phone.

As of now, there's no major rush to get a new one since the phone that I have works perfectly well. I am satisfied with the camera and battery life that. Unlike my old iPhone 5s, whereas the battery couldn't hold that long. The camera on the iPhone 6s Plus is much better than the 5s.

Here's a side by side comparison of my iPhone 6s Plus home screen in October 2015 and how it looks today. 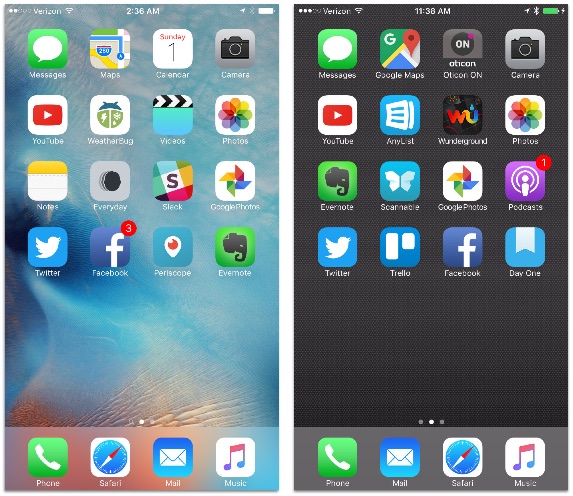 Here are my most popular 3rd party applications that I have used over the years:

Tip Calculator - How much to tip and keep track of where I eat.

Brain Game - Would be good to play some good brain thinking game. A replacement for Brain Challenge - a great game just that I already played it several times over the years.

Manage Music on your iPhone

Have you wanted to see just the music that you have installed on your iPhone? Simple Steps to Only Show Downloaded Music on your iPhone music section:

Now when you want to see the music on your Phone: