Every Saturday morning, I'll feature a cool Internet website that I find very useful. The basic premise is to highlight sites that I visit all the time to do some task. All sites featured are personal recommendations and are not sponsored advertising. If you know of any site that should be included, let me know!

Every Saturday morning, I'll feature a cool Internet website that I find very useful. The basic premise is to highlight sites that I visit all the time to do some task. All sites featured are personal recommendations and are not sponsored advertising. If you know of any site that should be included, let me know!

A list of all the Blog Posts in this category.

In the media space, there are a lot of options when it comes to creating videos. One of the newest players is Motionbox

Motionbox is different than others by offering these key functionalities:

Motionbox is a video design platform that features an arsenal of tools that cuts down the effort of creating any visual content. It features a huge library of templates that can be used as-is or may serve as the foundation of your design. It also has a collection of fonts and multimedia files that include audio, images, and videos, most of which you may freely use for your project. Motionbox is quite easy to use, thanks to its drag-and-drop interface that brings creativity out of its users. With features such as music visualization, GIF resizer, video trimmer, and video calendar, it offers an unlimited possibility when it comes to design. 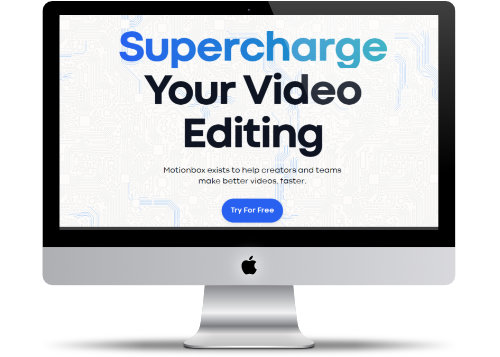 You can try out all the features of Motionbox for free - with a watermark. If you want to remove the watermark, it cost $15 a month. This is similar pricing offered by other tools with less functionality.

You'll see another example on the August 16, 2021 blog post - "Media Monday." Be sure to come back to check that out.

Did you have any favorite games from Windows95, Windows98 or WindowsMe? Well now you can play them again!

Emupedia has brought back many of the classic games. You can play Quake, Minesweeper, Microsoft Bubble, Doom, Tomb Raider, Worms Armageddon, Hexen 2, Pong and so much more.

The purpose of Emupedia is to serve as a nonprofit meta-resource hub and community for those interested mainly in video game preservation and computer history which aims to digitally collect, archive and preserve games and software to make them available online accessible by a user-friendly UI that simulates several retro operating systems for educational purposes. 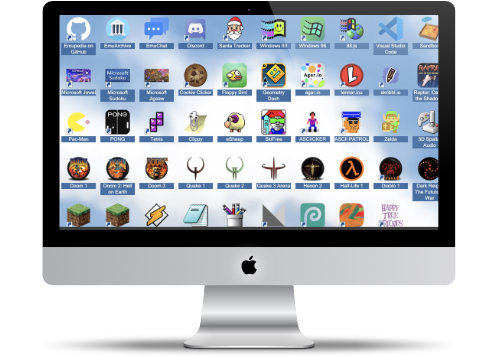 3D Bay is a cool resource for unique 3D stock images. These would go great with a PowerPoint presentation.

These graphics can make your presentations stand out. There are currently 41 graphics available with more being added all the time. You can find graphics easily by their search engine or using one of the ten categories.

Explore the extensive collection of 3D stock images brought to you by CloudDevs, now available free of charge.

Select from our wide range of image categories to get started on your new project with style & ease using the hundreds of high-quality royalty-free 3D images we have on offer. 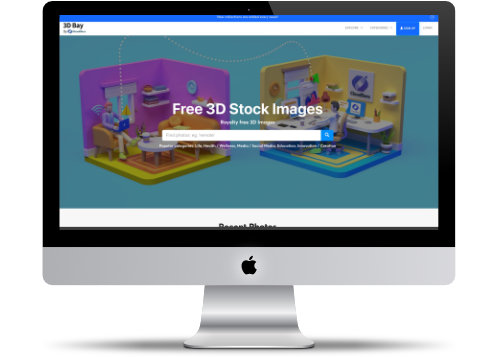 I found the site to be easy to use. Simply visit the site, paste in your text and fix those errors! Now your social media post will make sense.

Sentencecheckup is a Free online sentence checker, It can check for run on sentence and fragment check, correct grammatical errors, and improve your writing style, Spell check and punctuation checking is a bonus feature of its AI algorithm. 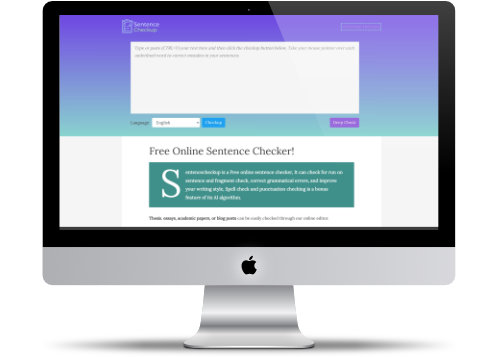 Artbreeder is a website that uses the power of AI imaging to create some very unique images. You can have some control over how the final image looks look like.

There are lots of unique ways to play around with images, and you can certainly spend hours on the site looking at other designs to be inspired by the age-old question... what if..

Artbreeder aims to be a new type of creative tool that empowers user's creativity by making it easier to collaborate and explore. Originally Ganbreeder, it started as an experiment in using breeding and collaboration as methods of exploring high complexity spaces. Artbreeder is named after the research of Picbreeder which investigated the role of exploration in the optimization process. It is also inspired by an earlier project of mine Facebook Graffiti which demonstrated the creative capacity of crowds. 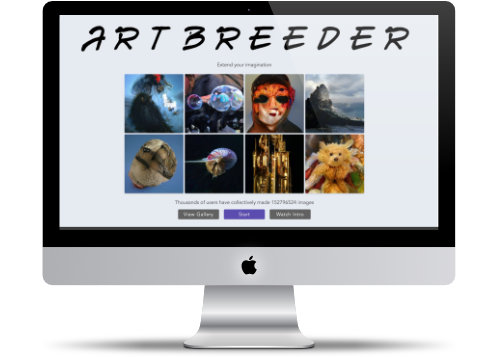 Everyplace you look on social media, Hashtags have become a thing. The problem is that there's no real easy way to find them.

That's where HashTagIt comes in handy. You can easily search for hashtags across all the popular social media platforms.

Everywhere on social media, content is being generated at unheard-of speeds. Hashtags help you navigate the ever-expanding internet, and HASHATIT keeps you on top of hashtags.

Since 2014, the Hashatit team has provided one of the internet's easiest and most powerful tools to search social media for the content you want. With Hashatit, you can easily track what interests you, keep those interests organized, and come back to them at any time.

In short, Hashatit helps you cut through the noise and find what you're looking for. 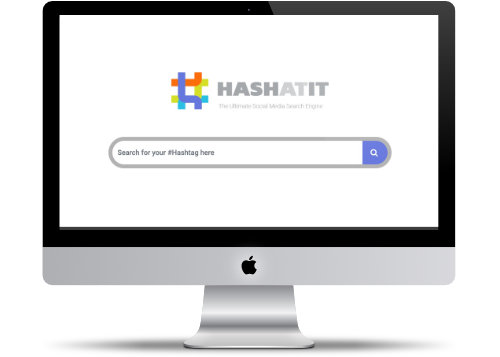 Google will soon be eliminating third-party cookies in their browsers. This will cause some issues with how some advertising works today - as companies can track you no matter where you are.

In the meantime, Google is testing a new concept called Federated Learning of Cohorts or FLoC. It uses your browser history to assign you to a group of similar users around the world. They assign your group a label. Then Google displays this label to websites you visit where they can profile you.

Use the "Am I FLoCed?" to see if your browser is in the trial run. If it is, you can learn how to opt-out of it.

Google is testing FLoC on Chrome users worldwide. Find out if you're one of them.

Google is running a Chrome "origin trial" to test out an experimental new tracking feature called Federated Learning of Cohorts (aka "FLoC"). According to Google, the trial currently affects 0.5% of users in selected regions, including Australia, Brazil, Canada, India, Indonesia, Japan, Mexico, New Zealand, the Philippines, and the United States. This page will try to detect whether you've been made a guinea pig in Google's ad-tech experiment. 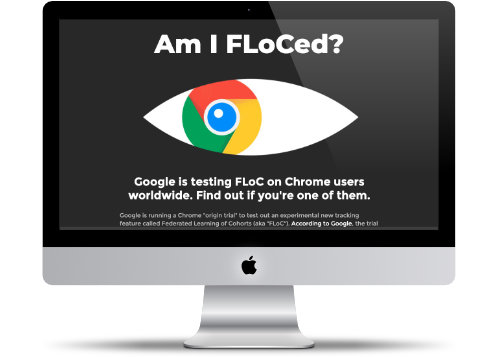 One of the worst thing that could happen on a Zoom call is the microphone to fail. The worst is if the video fails - but that's an obvious failure.

You can easily test your Microphone by using the Mic Test. This easy to use site allows you to visually see how well audio is coming through your microphone.

The nice thing about this test is that its browser-based, so if the microphone is working on this page, it should work on any website.

This website provides a simple online mic test that allows you to check if the microphone is working properly. Since it's a browser microphone test, you don't have to download or install any third-party software. Moreover, even if it may seem too simple, MicTests.Com will test your microphone regardless of its type or the device and operating system you are using. And to surprise you, even more, this mic test will display a lot of useful information about your microphone (for example, its name, number of audio channels, latency, sample size, and sample rate, as well as if it supports echo cancellation or noise suppression). In addition, if the tester will detect any problems with your microphone, you will receive tips on how to fix them. 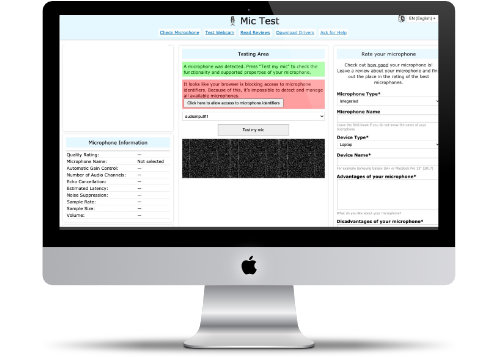 If you ever watched one of Pleasant Green YouTube videos, you'll see that he mentions Grabify. He uses this service to track down where people are.

Grabify adds some tracking to redirect URLs. When someone clicks on the link, they get redirected to some location, and you get information about that person. You can learn where they are and what technology they are using.

It's a good tool to use when dealing with scammers who say they are from a particular location but turns out to be 1000s of miles away.

Grabify IP Logger URL & Shortener provides you with some of the most advanced and detailed statistical data and metadata for all clicks on your links. Your IP Logger link can access information about user's IP address, location tracker (country, city) and so on.

This IP Logger & Tracker tool is designed to be as simple as possible to use in a way to get you the most detailed and advanced analytic information on every click.

The URL Expander feature will check any URL you provide it to check for any URL for redirects and find out what is the final destination of any short link. 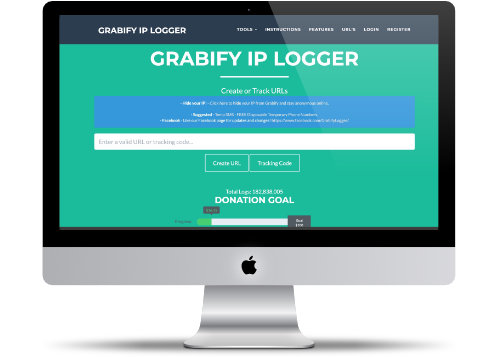 In the testing world, it's very handy to know what browsers are popular. We all know that Chrome is leading the field. However, what about other browsers?

StatsCounter gives you the worldwide trends. It gives you the idea of what browsers that a percentage of users are likely to be using. It's a helpful resource to plan your testing strategy.

Ideally, you should look at your local stats. But getting the global market can be useful in the long run. Especially if your triaging bugs that only occur in certain browsers.

Stats are based on aggregate data collected by Statcounter on a sample exceeding 10 billion page views per month collected from across the Statcounter network of more than 2 million websites. Stats are updated and made available every day, however are subject to quality assurance testing and revision for 45 days from publication. 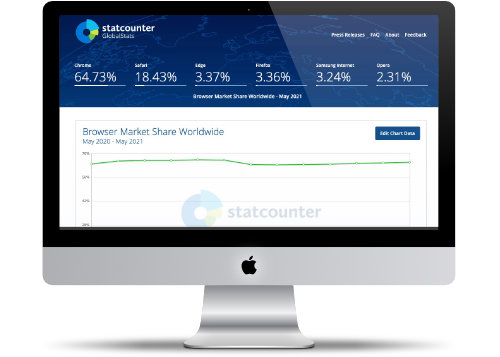